History of the Vale

The fruit and vegetable crops of the Vale of Evesham and Pershore were significant for the welfare of the whole nation. Harvest reports were closely scrutinised because a bad year meant food shortages for all. 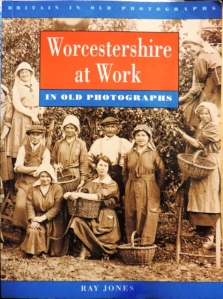 Fruit pickers at work in the Vale (Cover of Worcestershire At Work, Ray Jones, 1994)

The following report is taken from the Birmingham Daily Post, Monday 12 June 1916.

NOTABLE IMPROVEMENT LAST MONTH.
May was a favourable month for growers, and although the chilly days of June, with some slight morning frosts, have somewhat checked growth, crop prospects all round have considerably improved in Evesham Vale.

Crops – the farms have all made good progress. Wheat now looks strong and healthy- Barley is vigorous and growing fast, and oats are healthy and promising. Beans have improved wonderfully during the month, and are likely to be well corned. They are rather patchy, and in places where they perished owing to the wet, peas have been planted. Peas look strong and vigorous. Potato planting has been proceeding under favourable conditions, and the early varieties, which are up, look well.

Very much the same acreage as last year has been planted, although at one time there was talk of a greatly decreased acreage. Mangold sowing was completed late; generally speaking, there is a good plant, but weeds are very troublesome with this and other crops. Weeds have flourished during the wet months, and, with labour scarce, few growers have been able to cope with them as they would wish.

On the few farms in the Evesham Vale where hops are grown the prospects are very good.  The bine is vigorous, and so far there has been little fly. After last year a good hop year would be welcome. The decision of the Government to prohibit the importation of hops has given much gratification to hop-growers.

PROBABLY A GOOD YEAR FOR FRUIT.

Fruit prospects are good. Plum trees suffered from the long check after being unusually forward at the beginning of the year, but there have been destructive frosts. On the other hand, the depredations of the caterpillar pest have been more serious than usual on many plantations, and the aphis blight has laid its customary heavy toll on crops.

Prolifics, damsons, damascenes, and other black plums are thin, but Pershores look like being a very heavy crop, and Victorias will probably yield well, taking the district through. Pershores and Victorias are the chief plums of the district, so the output of plums is likely to be very considerable.

Apples and pears do not promise so well as was recently thought. There was a fine show of apple blossom, but owing to imperfect pollination and pests, prospects are disappointing. Gooseberries are quite a good crop, and they are selling well, the demand being brisk. Black and red currants, raspberries, and cherries promise to be good crops, and strawberries give splendid promise. They improved wonderfully in May.

Altogether it is likely to a good fruit year, and growers are well satisfied with the outlook, though there is much to worry them – the high price of sugar, the shortage of pots and chips, as well as labour and transport difficulties.

So far, market gardeners have had a very good season, prices all round having been good. Cabbages made high rates for some time. They are still plentiful and good and in demand at satisfactory prices. Radishes have sold unusually well, and some radish growers have turned over surprising sums from this crop alone. Asparagus sold well until May 19. The cold weather had kept the crop back, but a few days of hot sun brought great quantities into the market, and asparagus of ordinary quality made from £6.1s.3d. per bundle of buds that day. Low prices, however, continued only for few days, and last week asparagus was dear.

Growth has been checked somewhat by the cool weather of late, but the crop is yielding well and the quality is good. Spring onions continue to sell well, and lettuces, which are plentiful and good, make satisfactory prices. The outlook for all garden crops is good, but the labour shortage is great, and weeds have been very troublesome. Many men are doing the work of two.

Local women are doing good work as normal, and the “lady gardeners” as the local women call them, who have been imported into the district, are giving valuable assistance. The pluck of many of them enables them to overcome difficulties. 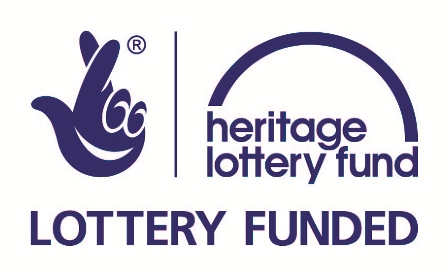